Pricing is discounted for MSCCA members! Please renew your 2021 membership or become a member in minutes with one click and register immediately. 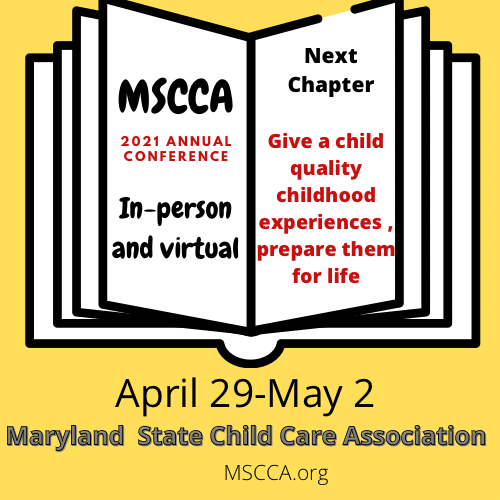 CHECK OUT OUR FANTASTIC SPEAKERS

You can choose which option best fits your needs for 2021 within this registration platform by selecting either to attend the conference in-person or virtually.

If you are using a voucher, please complete the MSDE Training Voucher application ONLINE by hard deadline of February 28, 2021 or you will not be approved. 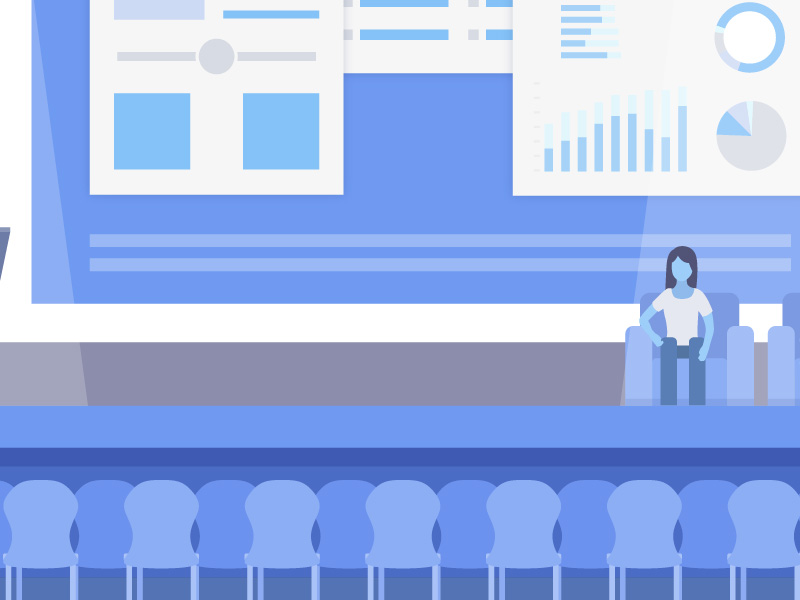 Join MSCCA Onsite limited to 150 attending in person at the Clarion Fountainbleau Conference Center and Hotel in Ocean City Maryland. We will following all CDC as well as State health and safety requirements (all conference space will adhere to the 6 feet distancing, masks required unless seated in training session/s or during food offerings, additional hand sanitizer stations, classrooms and hotel rooms professionally, safely sanitized during conference, click to read the Clarion Resort Fontainebleau Stay Safe Program. Additionally, the breakout training classrooms will be limited to 30 or less participants according to MSDE and CDC guidance. The general sessions will be limited to 150 in a ballroom that typically can seat over 600 at round tables. If traveling with others, seating will be limited to 6 persons per table and breakout sessions will be set with 2 seats together only. Clarion Social Distance Diagrams 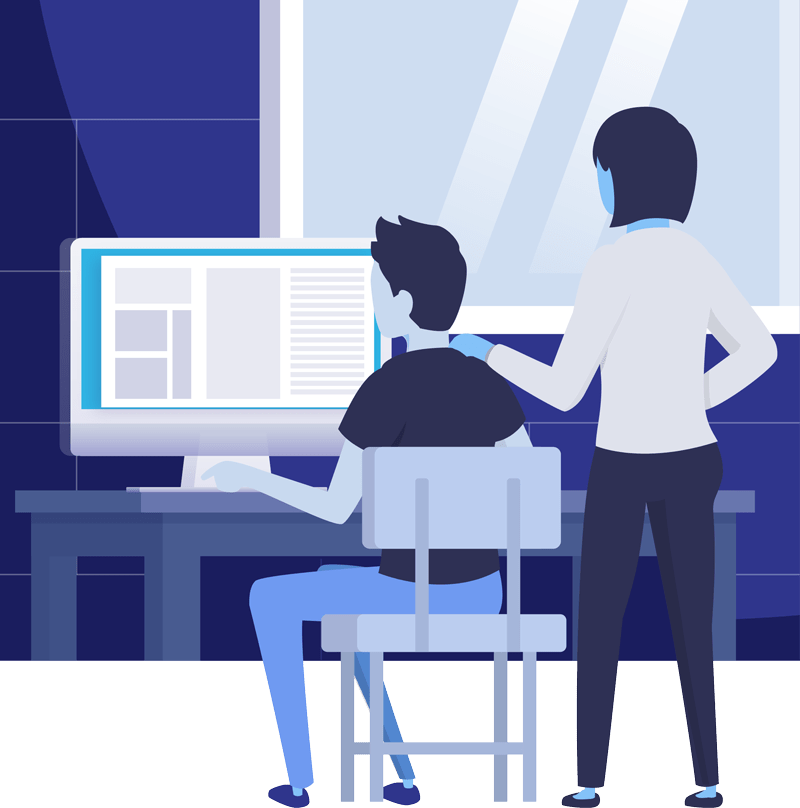 Join MSCCA for all training sessions, conference from Anywhere you like, as the conference is offered fully virtual for 2021. Please enjoy the conference from your home, workplace or location of your choice. The virtual conference allows you to participate using your desktop, laptop, tablet or smartphone. The conference app is compatible with iPhone and Android devices.  MSCCA’s Conference by Land or Sea provides support and technical assistance throughout the registration process and during the conference experience. 10 Tips for Attending a Virtual Conference

You can choose which option best fits your needs for 2021 within this registration platform. Once the Clarion Conference Center is at capacity due to COVID 19 restrictions, there will be a message providing you the opportunity to select the virtual option for registration. Should any restrictions be lifted and we can accommodate more attendees in person, we will do our best to increase opportunities onsite, however, please note you can travel to Ocean City, receive the discounted room rates and participate virtually using your laptop, tablet or phone!

Pricing is discounted for MSCCA members! Please renew your 2021 membership or become a member in minutes with one click and register immediately.

Vouchers Get Submitted to MSDE

If we do not receive your training voucher payment in full by April 5, 2021, your registration will be cancelled.

NOTE: You can register and apply for a training voucher at the same time. You need to submit your training voucher APPLICATION to MSDE (not MSCCA) no later than 60 days prior to Conference -February 28, 2021. You do NOT need an approved voucher to register, BUT the final, approved Training Voucher must be mailed or emailed to MSCCA with the registrant’s signature and date in blue ink ASAP to complete your registration. 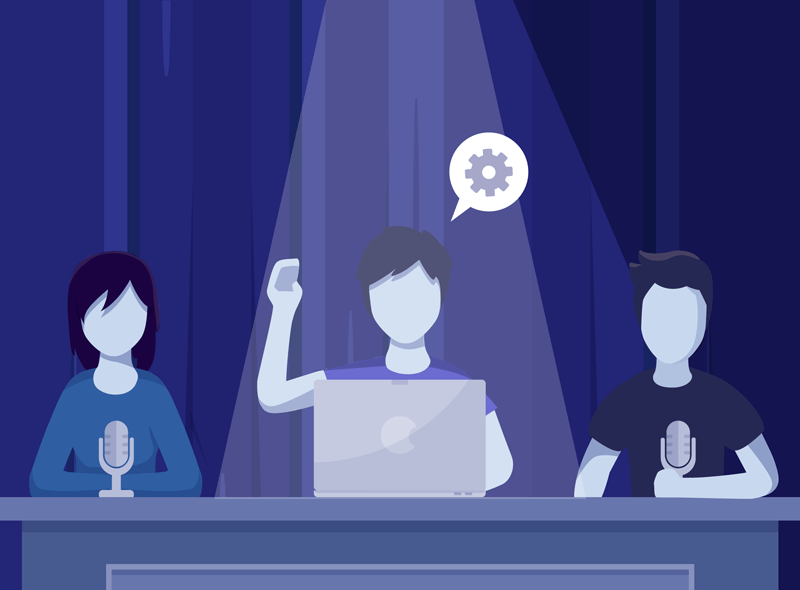 The name listed on the MSDE/OCC Training Voucher and the online registration name must be identical. Training Vouchers will NOT be accepted onsite as payment. You can also submit for full reimbursement after the conference (up to 180 days) with proof of completion of training and proof of payment. The Program may assume the payment obligation for MSCCA registration fees should the Voucher request for payment be denied by MSDE/OCC or the individual attending will need to provide another form of payment to complete full registration process. You will be notified via email that your pending status has changed to paid in full once all vouchers and payments processes are complete.

MSCCA accepts MSDE Training Vouchers as payment for the Conference by Land and Sea 2021.

Apply for your training voucher from the state if you are MSDE Credentialed at a Level 2 or higher.

If the MSDE Training Voucher is your payment method, please note that a voucher will ONLY be awarded for the full amount of the approved conference or pre-service training as long as the request does not exceed $400.00.  If you are not a MSCCA member, the easiest solution is to sign up here TODAY.

If a provider does not have enough funds to cover the full amount or if the request exceeds $400, a voucher will not be approved.  However, there is the option to pay for the registration fee out-of-pocket and submit an application for training reimbursement upon successful completion. As long as funds are still available, the remaining balance will be reimbursed.

PLease refer to these easy steps for Vouchers:

NEXT CHAPTER: Give a Child Quality Childhood Experiences, Prepare Them for Life

CHECK OUT ALL OF OUR FANTASTIC SPEAKERS 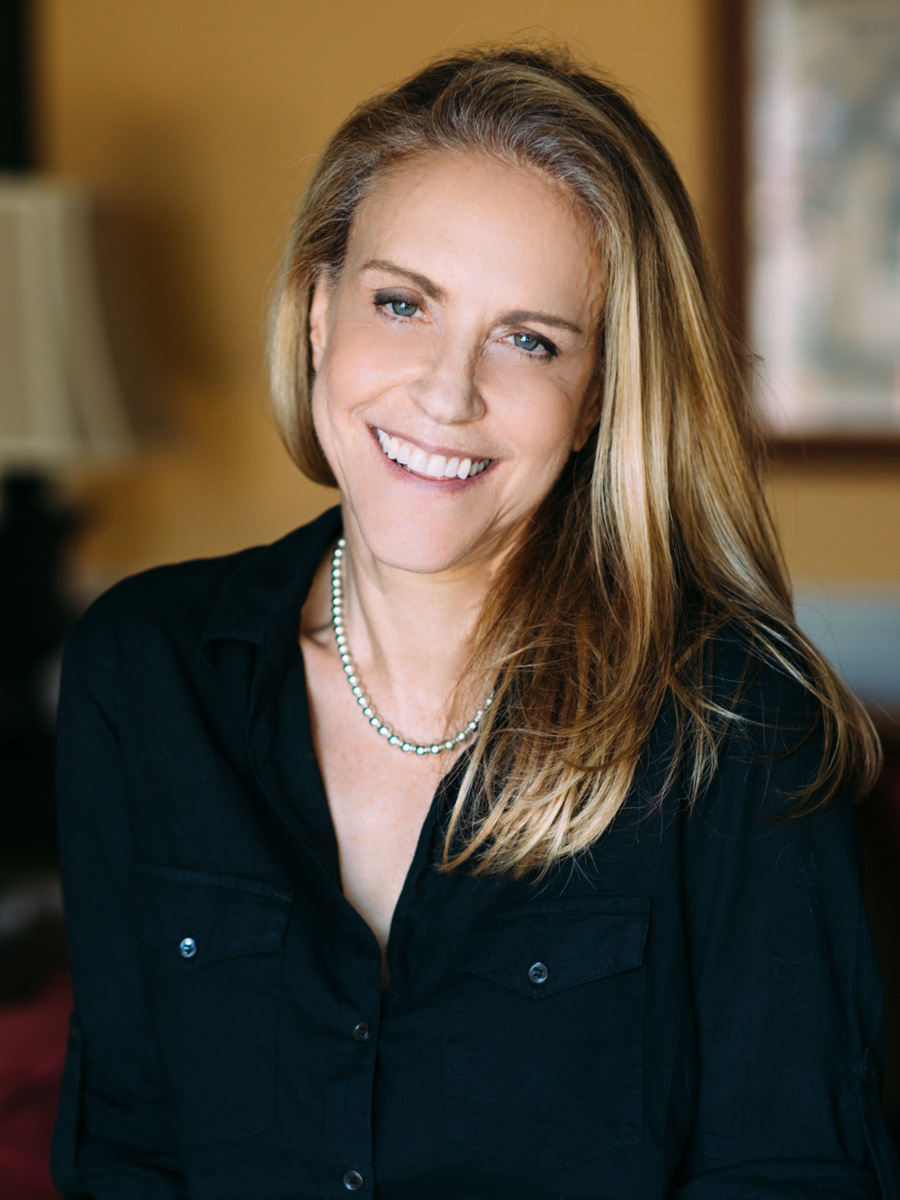 Laura Numeroff is the New York Times bestselling author of many beloved children’s books, including the If You Give… series, which began with If You Give a Mouse a Cookie (HarperCollins). Numeroff has published over 40 children’s books.
Numeroff wrote and illustrated nine children’s books before selling If You Give a Mouse a Cookie (after nine rejections), to HarperCollins in 1985. Mouse is now in its 62nd printing. Mouse and all the other books in the If You Give… series have been on The New York Times Children’s Best Sellers list. In 1 998, Numeroff had 3 books on the Publisher’s Weekly top 1 0 children’s bestsellers list,
In October 201 6, If You Give a Mouse a Brownie, the ninth & final book in the If You Give… series, debuted.
An avid animal lover, Numeroff with co-creator Sean Hanrahan, wrote Raising a Hero, a picture book about a young boy who raises Max, a service dog. Proceeds from Raising a Hero support Canine Companions for Independence, which trains support animals to help children, adults and veterans with disabilities, attain independence.
President George W. Bush, First Lady Laura Bush and Hillary Clinton have all read Numeroff’s books to children. First Lady Michelle Obama and daughters Malia and Sasha, read Numeroff’s If You Give a Mouse a Cookie at the 2010 Easter Egg Roll on the White House Lawn.
On top of visiting the White House in 2001 to celebrate Literacy Day, Numeroff has visited over 100 elementary schools and frequently speaks at conferences, literary festivals, and library programs across the country. 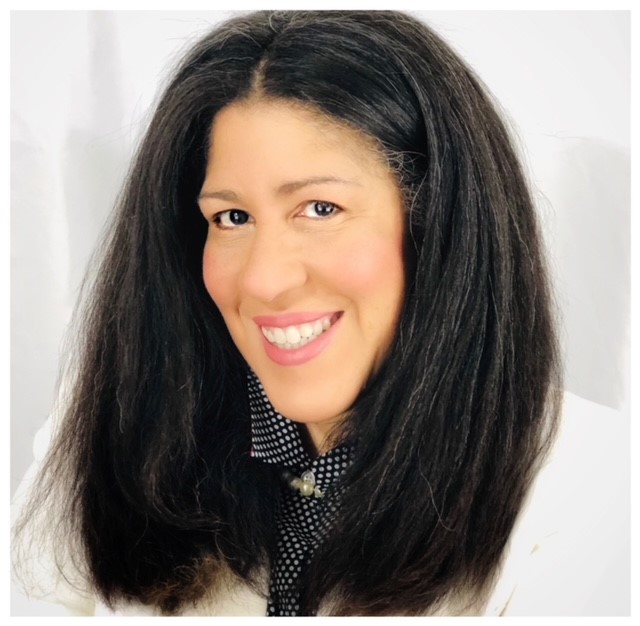 Her platform is the education of care partners and friends of those with MS.

Rain Pryor is a dynamic speaker, award winning actress, singer, comedian, two time award-nominated author, and daughter of the late legendary comedian Richard Pryor. In 2005 Pryor became a Multiple Sclerosis Ambassador. Her platform is the education of care partners and friends of those with MS. She has helped to raise thousands of dollars for the National MS Society, and supports MS research by advocating on Capitol Hill. “”Fried Chicken and Latkes”” is Pryor’s award winning solo show based on her life. It is a funny, irreverent and, poignant look at racism in the late 60s early 70s. She created and wrote the show and added some of her own original music and lyrics to the production. Pryor was a Los Angeles Times “”Critics Choice”” and her singing voice and sense of timing were hailed as rare gifts.
Growing up Black and Jewish gives Pryor a unique perspective on race, religion and spirituality. She shares her views and has led panel discussions on diversity in education and in the entertainment industry at Princeton University, The Jewish Federation of Los Angeles, Chicago and Baltimore where she resides. 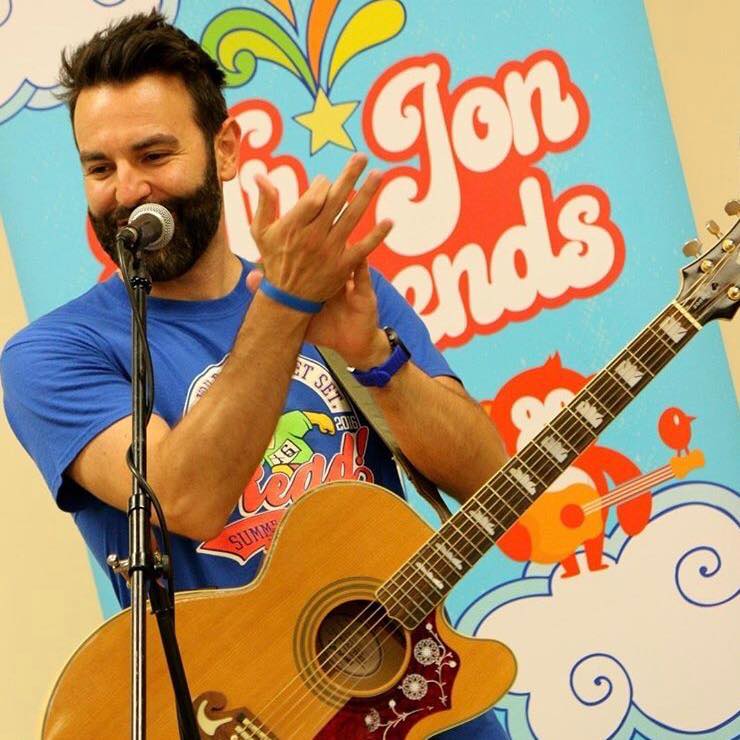 Singer/Songwriter Jon Lewis had a decade of playing shows in coffee houses, recording CD’s, and having opportunities like being on a T.V. show, being a finalists in a national song writing competition, and having international radio play from Belize to Ireland..

in 2008 Jon his wife Carrie started a family, and the following year Jon started working with kids at the downtown library in Frederick MD. These two events started something new for Jon – songwriting for children and performing for them regularly. Jon & Carrie went on to record their first album for kids and their families called Mr. Jon & Friends at Grammy Award winning studio Acacia Recording & Production. After it’s release, their CD quickly became a top seller on CDbaby.com, and also won a 2013 Parents’ Choice Award. Now Mr. Jon plays over 200 shows a year for kids, sharing the stage with bands like The Pop Ups and The Imagination Movers. Mr. Jon’s new album Rock & Rhyme is also a top seller on CDbaby.com, and has just won a Parents’ Choice Award as well.

Mr. Jon & Friends makes music for kids and their families that inspire fun, laughter, and dancing. Sometimes with a band, sometimes as a duo, and sometimes solo, the music of Mr. Jon & Friends is sure to bring a smile to your face! 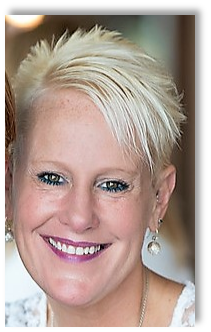 Jenn Nizer has her Master’s in Education from Towson University. She has spent the better part of two decades being an advocate for child care programs, teachers, children and families. She has been a Director for Johns Hopkins Bayview Child Development Center and adjunct faculty for CCBC colleges in Maryland. Jenn served as President of the Maryland State Child Care Association (MSCCA) for almost 7 years. She worked as a curriculum specialist in Florida and recently moved back to her home state to accept the position of Director of the Office of Child Care at the Maryland State Department of Education. Jenn’s Dad was a Maryland teacher and she is excited to be back in a leadership role in Maryland to make a difference for children and providers/teachers. 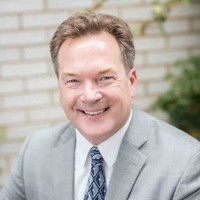 Steven Hicks is the Assistant State Superintendent for the Division of Early Childhood Development at the Maryland State Department of Education. The Division of Early Childhood Development is responsible for early care and education throughout the state of Maryland. The primary missions of the Division are to ensure safety and health in child care programs and to improve the early education experiences of young children so that they are prepared for and successful in school. He previously served as Senior Policy Advisor in the Office of Early Learning in the Office of Elementary and Secondary Education at the U.S. Department of Education. Mr. Hicks helped shape the Department’s birth to third grade early learning agenda and implement two high-profile programs: the Early Learning Challenge and Preschool Development Grants. Before coming to Washington, he was the Los Angeles Region Preschool Coordinator for the California Reading and Literature Project, training over 3,000 early childhood educators on effective literacy practices. He also founded the early learning center at the charter school where he taught kindergarten. Through public speaking, stakeholder engagement, policy development, and collaboration, Mr. Hicks works to ensure more children have access to high-quality early learning and development programs. From the classroom to non-profit organizations to the Federal government, he has both led initiatives and worked as part of a team to support our youngest learners and their families.

Thank you to our Sponsors!

Install this MSCCA on your iPhone

and then Add to Home Screen